Our founder is a globally recognised authority on Shilajit. In addition to producing the finest quality Shilajit products, he also offers a consultancy service. He has been engaged at government level, including advising the Danish Ministry of Interior and Health on a project that assessed the viability of importing Himalayan Shilajit to Denmark with a view to enhancing the nation’s health.

He has advanced training in Identity Oriented Psychotrauma Therapy (IoPT), is a Systemic Constellations facilitator and also a fully qualified homeopathic physician with a 25 year background in natural medicine. His clinic is located in the west of Ireland. To find out more please visit the practice website at www.danielburge.com

The Pure Shilajit that I supply is connected with the Ayurvedic and Tibetan medical systems and can be referenced to texts over 2,000 years old. Pure Shilajit and Surya Reserve Shilajit are collected, purified and potentised entirely by hand.

My connection with the Himalayas started with my first trip in 1995. In 1998, after three subsequent years in London designing natural resources summits in Russia & Central Asia I travelled to India to make an unsupported South-to-North solo crossing of the Himalayas on foot. The main sponsor of this expedition was The North Face.

It was just prior to leaving for the 320-mile journey and during extensive preparatory training in the Himalayas that I became trapped in a cave due to freak weather conditions. Even the local mountain guides that accompanied me were unable to step outside due to constant rain and treacherous mudslides that would have instantly stolen the footing of anyone of us. 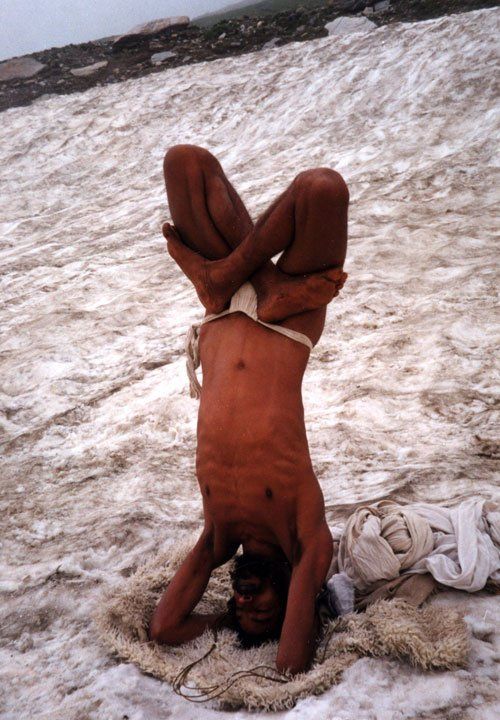 After days of staring into an unfocused grey monsoon sky I watched in astonishment as a semi-naked man walked gracefully into the cave out of nowhere, and I remember looking at him in surprise and then down to see what type of magical footwear he was wearing, only to see a pair of bare feet covered with not so much of a splash of mud.

I had no idea at the time that this mysterious man was destined to become my very close friend. His name was Hanuman Das. He is a Kriya yogi, he is devoted to the God Hanuman, and the Himalayas are his home. I watched as he sat for 24 hours without movement, then to arise and after asking me some questions about why I was in the cave and where I was going, he asked that he accompany me on my journey. At the time I remember thinking about my sponsorship contracts and the agreements that the expedition was to be solo, but after some reflection, it was clear that the opportunity to cross the entire Himalayan mountain range with a real yogi was unique and I was moved to say yes.

I left with a 100lbs pack containing 3 weeks food and the most advanced technical gear available, and he came in bare feet, with a loincloth and a blanket.

A decade on and the stories of Shilajit and the Himalayan yogis are not rhetoric for me, but the outcome of direct experience. The Pure Shilajit and Surya Reserve Shilajit that I supply is an opportunity to share a component of their astonishing lives.

Here’s to your optimum health,